Do you know how I spent my Christmas/New Year vacation?

Catching Pokemon in Puerto Vallarta is not advisable unless you want people to mistake you for an escort - or maybe don't play PokemonGo on street corners.

Much like Grindr, I only open the PokemonGo app when I'm traveling. I thought that you could catch ones that aren't available in your hometown - also very much like Grindr.
While in Mexico, I caught a couple of Maractus. When I was in Japan in 2019, I caught a few Pansage. I can't remember the ones I caught while I was in Paris, Amsterdam, and Rome. Hopefully, my Spain trip in March won't be canceled - kind of looking forward to the regional exclusives in the Madrid and southern Spain area.
Though I am not a "serious" player, I have been playing Pokemon Go since July 8, 2016 - just 2 days after it launched. According to my stats, I've only caught 622 Pokemons and visited 350 PokeStops. I only just got to level 25. Up until recently, I wasn't even doing raids or battles - or even have friends added.
Up until recently, maybe in the last 6 months, I have completely forgotten about PokemonGo. But with the Pokemon Bank/Pokemon Home integration with other games in the franchise, the game was exciting to me again. I'm not a competitive player - I'm more of a collector. The idea of catching Pokemons from different games and seeing how far along I am in having a complete Pokedex - it's kinda cool.
I bought Shining Pearl on Christmas hoping to move some Pokemon from Go and vice versa, but the game is not integrated yet with Home. I think it will eventually - which is good for preserving the integrity of the gameplay. 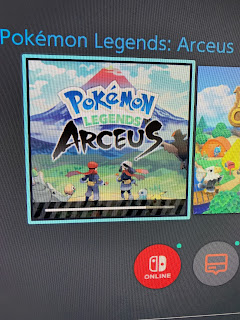 This got me thinking about the Pokemon Legends: Arceus. I wonder how the modern elements in previous games would be integrated or presented in a game that's supposed to be set in Meiji era, long before the events in Brilliant Diamond/Shining Pearl.
Over the weekend, Arceus was downloaded to my Switch, but I was unable to play it yet since the game's official release is not until January 28.
I hope Nintendo would do us a solid and release it earlier like they did with the 2.0 update of Animal Crossing New Horizons.
I guess I have another year and a half of being interested in Pokemon - or until a new Pikmin game comes out. No, the Pikin walking app doesn't count. That game is stupid.
If you got this far, feel free to add me on PokemonGo. 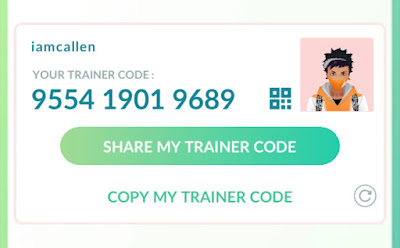