There is no denying that Animal Crossing New Horizon helped me get through quarantine. Hundreds, if not thousands of hours spent creating my perfect island have given me a sense of control during this whole pandemic. With the terraforming tool, I must have redesigned my island at least 5 times.

Something that I had recently discovered in the game is the ability to essentially "kick out" a villager. While I love all of my original villagers, I am ready to shake things up a little up.

MY CURRENT VILLAGERS - Who should I kick out? 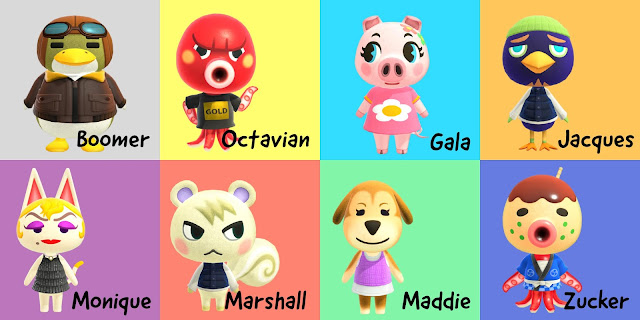 HOW TO KICK OUT A VILLAGER

For the love of Tom Nook, do not fence your villager in or hit them. The best way to move them out is by using an Amiibo card.

WHO SHOULD MOVE IN? 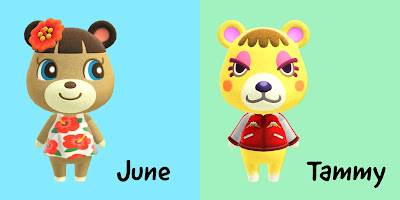 I already have 2 bears living on my island. June, who is my favorite villager of all time - mostly because she's my first villager on New Leaf. And Tammy, which reminds me of those "tough high school girl gangsters" in animes.
I have several  Amiibo cards of bear villagers, but not enough to replace all of the other non-bear villagers that I have. I might have to take a chance on the 2 or 3 villagers to move out on their own and hopefully find bears in the Nook Miles islands.
Labels: animal crossing bear