Finally! I got my Animal Crossing Edition Switch

First, my apologies for not updating this blog in a while. My real job has been taking a lot of my time, including my "free time". I also recently went on vacation in Puerto Vallarta, right before this whole pandemic got really crazy. Now I am back at work, dealing with some public relations communications stuff. The magnitude of it is uncharted territory for me.

Anyway, some good news. I finally got a Nintendo Switch. Not just the basic, standard-issue version, but the Special Edition Animal Crossing console - which I was almost deprived of. I missed the pre-order day, and some enterprising people already had listed for twice the amount on Amazon and eBay. So I had no choice but to go to Walmart at 11:40 PM on Thursday, March 12 - so I could be one of the first people in line for the gaming console. 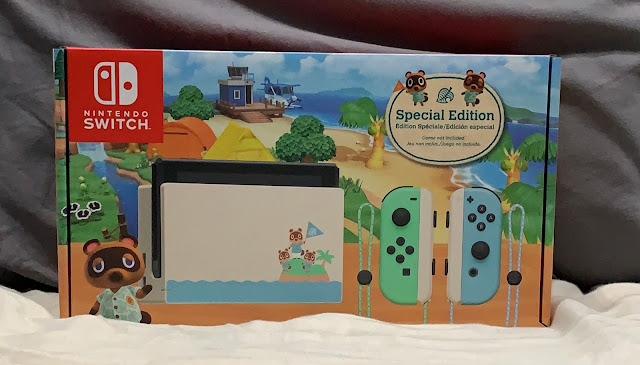 I joked that it was a new low for me, but I gots to do what I gots to do. It was a good thing that there were 6 other nerds there that night, waiting for midnight - the official release date. The store I went to only had 10, but when I returned later in the day to buy a game, I was informed that it sold out before 10 am.

If you're curious about what it looks like, I compiled my Instagram stories into this short video.