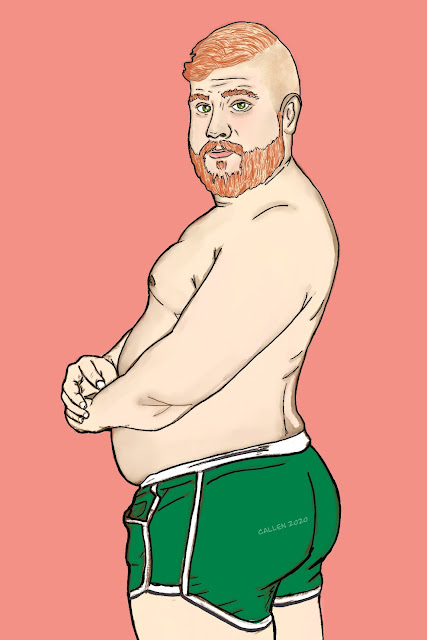 I won't deny that I'm particularly attracted to "bigger" guys. Recently, I worry that I might come off as offensive. A guy that I've recently spent time with told me that he does not like being called a "bear". Another friend confessed to me that he would rather be called an "otter" instead of a "bear" or a "cub". I am particularly sensitive to this because I am turned off when someone (particularly white guys) tells me that they're "into brown boys" - which I automatically equate to being fetishized.

I have a lot of things to unlearn. That's my goal for 2020.
Labels: art illustration mine portrait